NHL Lockout is Over-But At What Cost?

NHL Lockout is Over-But At What Cost?

A Guest Blog by Joey Nardinelli

So, it looks like another wasted season was avoided by a wing and a prayer, some concessions, a lot of greed, and the knowledge that we’ll be looking forward to this same thing in another eight to ten years.To some extent, I don’t think any of that will matter to most fans, but I think that also depends highly on the market that you come from.

For myself, I grew up a casual hockey fan who liked to watch the Sharks — they were still relatively new as an expansion team and they were “local”.  But after two lockouts, I lost touch and wasn’t drawn back in until I moved to Tucson, where I found myself surrounded by a growing misfit cabal of displaced hockey fans — from Northern and Southern California, from Pittsburgh, from Toronto, and from Colorado.  Perhaps that is the definition of living in a place like Tucson — a place where new favorite teams can never come into existence due to an absent market across all major sporting fronts.  Fortunately, I’ve had time to peek into games in Phoenix and visit Jobing.com Arena, where I’ve been lucky to see the Sharks play.  I can’t help but wonder what this recent lockout has done to the infrastructure of that waning franchise; with a team so ready to play and so many cogs in that machine — all the people who must have been released and lost jobs during this whole process.

All that being said, I have a few thoughts on what should happen going forward to best improve this situation.  Much of what I have to say can and is being echoed by columnists everywhere, but I think the reality is that they continue to overlook the casual fan who became the backbone of the NHL over the last few years.  Who else are season ticket holders selling tickets to otherwise when they aren’t in attendance, especially in markets like Phoenix? 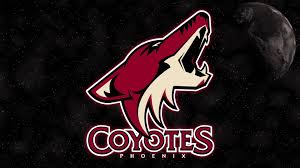 For one, I think each arena (especially in smaller markets) needs to cordon off sections for non-season tickets that can be purchased by the individual game in clusters.  Those, as well as season tickets, should be marked off further below to make up for the delay in getting this deal done (besides being obviously marked down for a shortened season).  I’d also like to see the Center Ice package made available to all subscribers of cable (or barring that, NHL Network subscribers).

One of the harsh realities of this particular point in the NHL is that there is so little to draw fans back in that were pushed away by the actions of Fehr and Bettman.

There is no big new name to the game (Nail Yakupov, maybe?).  Unless some big trades happen immediately (Luongo to Toronto or Florida?), there is going to be little to generate that upfront interest in returning to televisions.  I personally will probably wait another few years before buying any additional NHL merchandise (especially EA games) until I feel a solid reason to return to that level of fandom I had at the end of this last season.

A final note that I found particularly interesting over the last few weeks were all the platitudes offered by both sides in terms of “no-start compromises” such as contract lengths (Daly’s “Hill We Will Die Upon”) that were all eventually cracked in the name of reaching a deal.  While I on the one hand see this turn as a reality of negotiations, the scarier side of this is the callousness with which the business side of sports deals with making sure the fans ultimately get what they want.  I, for one, will wait and see.

I set out to write an NHL blog, but quickly realized that I was out of my league……. So I called in a pinch hitter!! My boy Joey!! Thanks for your take on the NHL Lockout as seen by an American hockey fan!!